“I’m Coming Out of the Cave”

When one thinks of a cave, he thinks of a dark, dank, dismal, disappointing place.  Who in their right minds would want to find themselves stuck in a cave.  But, that’s exactly where  two Old Testament Saints found themselves: the great prophet Elijah and the mighty King David.   So, what happened to them while they were in the cave?

God brought clarity, correction, and their commission (or next assignment) to them while they were in the cave.  You can read their stories in 1 Kings 19:1-18 and 1 Samuel 22.  Ladies and gentlemen, may I submit to you that The Cave was Necessary for these giants of old!  Just as it was for them, so it is for you and me.  We learn more things about ourselves in the cave than would ever would on the mountaintop!   Maybe you entered your cave through a betrayal.  Perhaps someone else went in through a financial setback.  Still others may have entered their caves through a devastating loss such as death or divorce.  However you entered your cave, know that God is nigh thee.  Just as He asked Elijah, He is now asking you, “What are you doing here, insert your name?”   When you hear the voice of God, do as He says! 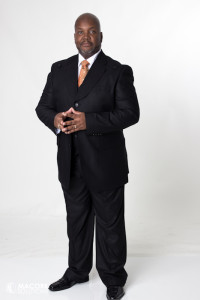